This feature is where I spotlight older, recent, or upcoming releases I am looking forward to. The lists will include all genres I like to read, everything from picture books to comics, children’s lit to adult fiction! You may have noticed that these Must Read Monday posts are less frequent; it’s been a bit of a gong show keeping up with my to-read list and constant changes with my reading list depending on my reviewing schedule (and life, in general!), so I’ll be aiming for around once a month (maybe twice). Any recommended titles, especially with regard to picture books, I’ll do my best to add to ‘Recently Read’ posts so you can see what’s been on my radar! 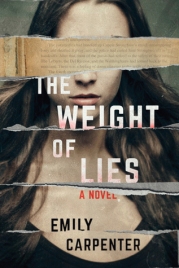 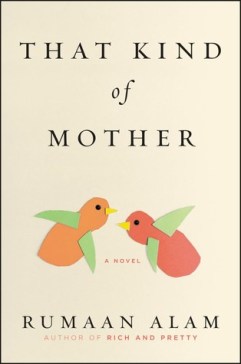 Preamble over, let’s get to some new must-read titles! For this edition, I’m turning to adult fiction and mysteries which have not been featured in some time! My (awesome) tower of must-read children’s titles has meant that adult fiction takes a bit of a backseat. However! There are a number of adult fiction titles that I am clamouring to read: the recent Pulitzer Prize winning Less by Andrew Sean Greer which a friend and library colleague gave top rating to; the fantastically reviewed An American Marriage by Tayari Jones; Matt Haig’s fascinating-sounding How to Stop Time; Celeste Ng’s bestselling and strongly received sophomore title Little Fires Everywhere, a title I can’t believe I haven’t read yet (!!); That Kind of Mother, by critically acclaimed writer Rumaan Alam; the twisty thriller The Weight of Lies by Emily Carpenter, which sounds right up my alley; and last but not least, the terrifically described mystery The Seven Deaths of Evelyn Hardcastle by Stuart Turton. Let’s take a closer look:

Reformed party girl Meg Ashley leads a life of a privilege, thanks to a bestselling horror novel her mother wrote decades ago. But Meg knows that the glow of their very public life hides a darker reality of lies, manipulation, and the heartbreak of her own solitary childhood. Desperate to break free of her mother, Meg accepts a proposal to write a scandalous, tell-all memoir.

Digging into the past—and her mother’s cult classic—draws Meg to Bonny Island, Georgia and an unusual woman said to be the inspiration for the book. At first, island life seems idyllic, but as Meg starts to ask tough questions, disturbing revelations come to light…including some about her mother.

Soon, Meg’s search leads her to question the facts of a decades-old murder. She’s warned to leave it alone, but as the lies pile up, Meg knows she’s getting close to finding a murderer. When her own life is threatened, Meg realizes the darkness found in her mother’s book is nothing compared to the chilling truth that lurks off the page.

Who says you can’t run away from your problems? You are a failed novelist about to turn fifty. A wedding invitation arrives in the mail: your boyfriend of the past nine years is engaged to someone else. You can’t say yes–it would be too awkward–and you can’t say no–it would look like defeat. On your desk are a series of invitations to half-baked literary events around the world.

QUESTION: How do you arrange to skip town?

ANSWER: You accept them all.

What would possibly go wrong? Arthur Less will almost fall in love in Paris, almost fall to his death in Berlin, barely escape to a Moroccan ski chalet from a Saharan sandstorm, accidentally book himself as the (only) writer-in-residence at a Christian Retreat Center in Southern India, and encounter, on a desert island in the Arabian Sea, the last person on Earth he wants to face. Somewhere in there: he will turn fifty. Through it all, there is his first love. And there is his last.

Because, despite all these mishaps, missteps, misunderstandings and mistakes, Less is, above all, a love story.

In Shaker Heights, a placid, progressive suburb of Cleveland, everything is meticulously planned – from the layout of the winding roads, to the colours of the houses, to the successful lives its residents will go on to lead. And no one embodies this spirit more than Elena Richardson, whose guiding principle is playing by the rules.

Enter Mia Warren – an enigmatic artist and single mother – who arrives in this idyllic bubble with her teenage daughter Pearl, and rents a house from the Richardsons. Soon Mia and Pearl become more than just tenants: all four Richardson children are drawn to the alluring mother-daughter pair. But Mia carries with her a mysterious past, and a disregard for the rules that threatens to upend this carefully ordered community.

When the Richardsons’ friends attempt to adopt a Chinese-American baby, a custody battle erupts that dramatically divides the town and puts Mia and Mrs. Richardson on opposing sides. Suspicious of Mia and her motives, Mrs. Richardson becomes determined to uncover the secrets in Mia’s past. But her obsession will come at unexpected and devastating costs to her own family – and Mia’s.

Little Fires Everywhere explores the weight of long-held secrets and the ferocious pull of motherhood-and the danger of believing that planning and following the rules can avert disaster, or heartbreak. 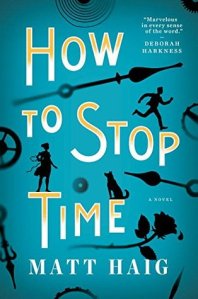 Tom Hazard has a dangerous secret. He may look like an ordinary 41-year-old, but owing to a rare condition, he’s been alive for centuries. Tom has lived history–performing with Shakespeare, exploring the high seas with Captain Cook, and sharing cocktails with Fitzgerald. Now, he just wants an ordinary life.

So Tom moves back to London, his old home, to become a high school history teacher–the perfect job for someone who has witnessed the city’s history first hand. Better yet, a captivating French teacher at his school seems fascinated by him. But the Albatross Society, the secretive group which protects people like Tom, has one rule: never fall in love. As painful memories of his past and the erratic behavior of the Society’s watchful leader threaten to derail his new life and romance, the one thing he can’t have just happens to be the one thing that might save him. Tom will have to decide once and for all whether to remain stuck in the past, or finally begin living in the present.

How to Stop Time is a bighearted, wildly original novel about losing and finding yourself, the inevitability of change, and how with enough time to learn, we just might find happiness.

Newlyweds Celestial and Roy are the embodiment of both the American Dream and the New South. He is a young executive, and she is an artist on the brink of an exciting career. But as they settle into the routine of their life together, they are ripped apart by circumstances neither could have imagined. Roy is arrested and sentenced to twelve years for a crime Celestial knows he didn’t commit. Though fiercely independent, Celestial finds herself bereft and unmoored, taking comfort in Andre, her childhood friend, and best man at their wedding. As Roy’s time in prison passes, she is unable to hold on to the love that has been her center. After five years, Roy’s conviction is suddenly overturned, and he returns to Atlanta ready to resume their life together.

At a gala party thrown by her parents, Evelyn Hardcastle will be killed–again. She’s been murdered hundreds of times, and each day, Aiden Bishop is too late to save her. Doomed to repeat the same day over and over, Aiden’s only escape is to solve Evelyn Hardcastle’s murder and conquer the shadows of an enemy he struggles to even comprehend–but nothing and no one are quite what they seem.

Deeply atmospheric and ingeniously plotted, The Seven Deaths of Evelyn Hardcastle is a highly original debut that will appeal to fans of Kate Atkinson and Agatha Christie. 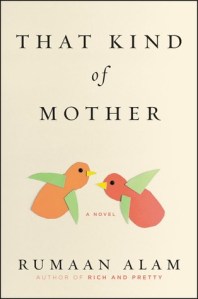 That Kind of Mother by Rumaan Alam
Publication: May 8, 2018 by Ecco
Book Description:

Like many first-time mothers, Rebecca Stone finds herself both deeply in love with her newborn son and deeply overwhelmed. Struggling to juggle the demands of motherhood with her own aspirations and feeling utterly alone in the process, she reaches out to the only person at the hospital who offers her any real help—Priscilla Johnson—and begs her to come home with them as her son’s nanny.

Priscilla’s presence quickly does as much to shake up Rebecca’s perception of the world as it does to stabilize her life. Rebecca is white, and Priscilla is black, and through their relationship, Rebecca finds herself confronting, for the first time, the blind spots of her own privilege. She feels profoundly connected to the woman who essentially taught her what it means to be a mother. When Priscilla dies unexpectedly in childbirth, Rebecca steps forward to adopt the baby. But she is unprepared for what it means to be a white mother with a black son. As she soon learns, navigating motherhood for her is a matter of learning how to raise two children whom she loves with equal ferocity, but whom the world is determined to treat differently.