When sixteen-year-old Tess Kendrick is sent to live with her older sister, Ivy, she has no idea that the infamous Ivy Kendrick is Washington D.C.’s #1 “fixer,” known for making politicians’ scandals go away for a price. No sooner does Tess enroll at Hardwicke Academy than she unwittingly follows in her sister’s footsteps and becomes D.C.’s premier high school fixer, solving problems for elite teens.

Secrets pile up as each sister lives a double life. . . . until their worlds come crashing together and Tess finds herself in the middle of a conspiracy with one of her classmates and a client of Ivy’s. Suddenly, there is much more on the line than good grades, money, or politics, and the price for this fix might be more than Tess is willing to pay.

Promoted as a cross between Scandal and Veronica Mars, Barnes’s The Fixer is a teen-centred mystery all about political intrigue, White House scandal, power and money. For another comparison, imagine if the duplicity in House of Cards met with the elitism of the Gilmore’s and then tossed with the rich kids of Gossip Girl. Sounds like a mix of a great number of elements, but Barnes carries off this YA novel smoothly and with great aplomb.

One factor that can make or break whether you continue on with a series is character. Specifically, the protagonist and/or narrator. In the case of The Fixer, I enjoyed reading Tess’s perspective and like how she was written as sharp, intelligent and resourceful. There is also an intriguing roster of teens at Tess’s school; thankfully only a few one-dimensional or typical rich kid types. The character of Ivy, for me, was unevenly developed until the last few chapters, when certain tendencies and quirks started to make sense. The one major quibble I had with the novel, over all, was to do with Ivy and how hazy her job as political fixer was described. About a quarter way through the novel and I was thinking, no but seriously, what does she do? And how? That frustrations could just be particular to me as I like some things- i.e. job descriptions of main characters- more delineated!

Overall, The Fixer is a highly readable- and hard to put down!- first novel in a planned series. I can definitely see this series having a number of big and interesting directions it could take and how it will compel readers to follow Tess’s and Ivy’s exploits. I especially liked the quiet whammy of an ending that Barnes’s gave us readers; a very well-thought out cliffhanger that has me looking forward to book two. Fans of Ally Carter’s Gallagher Girls and Heist Society series, and readers who enjoy mysteries in the vein of Prep School Confidential and The Liar Society might especially enjoy this novel. 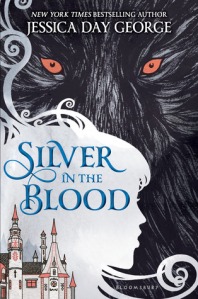 As spoiled society girls from New York City circa 1890, Dacia and Lou never desired to know more about their lineage, instead preferring to gossip about their mysterious Romanian relatives, the Florescus. But upon turning seventeen, the girls must return to their homeland to meet their family, find proper husbands, and-most terrifyingly-learn the secrets of The Claw, The Wing, and The Smoke. The Florescus, after all, are shape-shifters, bound by a centuries-old tradition to do the bidding of the royal Dracula family and it is time for Dacia and Lou to take their place among the ranks. But when the devilish heir, Mihai Dracula sets his sights on Dacia as part of his plan to secure power over all of Europe, the girls choose to fight against this cruel inheritance with all their might. Only the dashing Lord Johnny Hardcastle and the mysterious Theophilus Arkady- members of a secret society charged with ridding the world of monsters-can help Dacia and Lou, but breaking the shackles of their upbringing will require more courage than the girls ever imagined.

The thrilling start to a richly drawn, romance-filled series, this epic adventure of two girls in a battle for their lives will have readers coming back for more.

Silver in the Blood had me intrigued for two reasons initially: it takes place in the late nineteenth century, and it focuses much of its story in Romania. Add in to that the terrifying lore of the family of Vlad the Impaler and it seems pretty fascinating, right?

However (ah, you knew there might be a however), my biggest frustration with this novel and what kept me from rating Silver in the Blood higher is that the novel took well over one hundred pages to get going. And by ‘get going’, I mean, one hundred plus pages for the big (yet heavily suggested) reveal about Dacia’s and Lou’s destiny as members of the Claw, the Wing, and the Smoke. Rather than feeling tantalized by the promise of the big reveal, I felt increasingly irritated that the build up was being teased out so, so slowly.

But after the reveal(s)? That’s when I found the novel came together quite well. I found myself taken up with the story, appreciating the fluidity of George’s writing. Even with fantastical and supernatural elements that, at times, stretched and reached almost too far, and were solved too easily, I was eager to see where George would ultimately lead the story. For me, some of the most intriguing elements of the story were the ties between the Florescu and Dracula family, along with the fight for political power and reign of Europe. Part of me wonders whether this story could have been done without the supernatural element- what would that have looked like? But I give kudos to George for being so bold in her storytelling; in combining multiple genres; and in the care given to historical details of Romanian culture.

I think some readers may be put off by the slow start and slow build, but I think it does pay off in the end! My frustrations aside, I think there are a number of fascinating features with the story, and am curious to read how Dacia’s and Lou’s stories will play out in subsequent novels.  Silver in the Blood will likely appeal to readers and fans of Libba Bray, Gail Carriger, Kelley Armstrong and Lish McBride.

I received these books as digital galleys from Bloomsbury USA Children’s Books via NetGalley in exchange for an honest review.