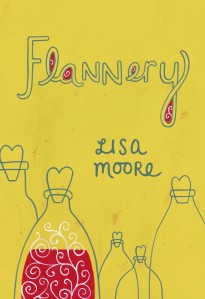 Sixteen-year-old Flannery Malone has it bad. She’s been in love with Tyrone O’Rourke since the days she still believed in Santa Claus. But Tyrone has grown from a dorky kid into an outlaw graffiti artist, the rebel-with-a-cause of Flannery’s dreams, literally too cool for school.

Which is a problem, since he and Flannery are partners for the entrepreneurship class that she needs to graduate. And Tyrone’s vanishing act may have darker causes than she realizes.

Tyrone isn’t Flannery’s only problem. Her mother, Miranda, can’t pay the heating bills, let alone buy Flannery’s biology book. Her little brother, Felix, is careening out of control. And her best-friend-since-forever, Amber, has fallen for a guy who is making her forget all about the things she’s always cared most about — Flannery included — leading Amber down a dark and dangerous path of her own.

When Flannery decides to make a love potion for her entrepreneurship project, rumors that it actually works go viral, and she suddenly has a hot commodity on her hands. But a series of shattering events makes her realize that real-life love is far more potent — and potentially damaging — than any fairy-tale prescription.

Written in Lisa Moore’s exuberant and inimitable style, Flannery is by turns heartbreaking and hilarious, empowering and harrowing — often all on the same page. It is a novel whose spell no reader will be able to resist.

Canadian author Lisa Moore is a critically-acclaimed writer with adult fiction work long listed for the Man Booker Prize (February) and Scotia Bank Giller Prize (Open and Alligator). While I had not yet read her adult fiction, I was immediately intrigued when I first read the description of Flannery. Such was my enthusiasm for Flannery that I featured it in one of my Must Read Monday posts! Always on the lookout for more Canadian reads and Canadian contemporary YA, I could not wait to dive into Moore’s utterly unusual and terrific-sounding young adult debut.

And readers, it did not disappoint whatsoever. An intense, sophisticated, raw, and beautifully written novel, Flannery is one of those reads that the young adult genre should be proud to have in its category.

In the first-person narrative of sixteen-year-old Newfoundlander Flannery Malone, readers are sucked into her troubles, aching heart, and difficult circumstances. As we read from the description, Flannery has just about too much whirring around in her mind: she’s in heady love for the gorgeous, brooding, unfocused and troubled Tyrone; frustrated with her single mother Miranda’s lack of earning money; overwhelmed with the shared responsibility for her younger brother’s well-being; and frightened of what’s happening in her best friend’s new relationship. Flannery is stuck in a round of what seems like mostly hopeless, depressing situations.

There is one possible light on the horizon, though: partnered up with Tyrone for an entrepreneurial project at school, Flannery considers that this might be IT. The chance to be with Tyrone, to spend time with him, to maybe, possibly, turn her silently suffering love into something more. With the idea of marketing love potions as their project- something fake but ultimately covetable and profitable- Flannery takes reins of the project, hoping and waiting for Tyrone to join her.

While it would appear, initially, that Flannery’s lifelong adoration/pining for Tyrone is the simple heart of the story, there is indeed so much more to Moore’s novel than a story of a teen in love with a gorgeous boy who doesn’t love her back. Here is where Moore excels: she ties the heart of the story and the love potions project seamlessly, perfectly, with multiple plot lines occurring throughout the story. Some of which- like Flannery’s self-awareness of her family’s state of poverty and her best friend’s descent with a brutal boyfriend- are heartbreaking and disturbing. In her portrayal of teens (both boys and girls) and their behavior to one another, Moore is pretty unflinching- there are a few scenes in particular that made me shudder. Flannery, however, is not without some hope, kindness and happy surprise- though this hope comes at the end of some crushing revelations and distressing events.

Lisa Moore has done a fantastic job here with her already-acclaimed young adult debut: for any readers who love stand-out, unique, contemporary young adult fiction, or Canadian lit, I would highly recommend Flannery. Readers looking for a more complex, fierce and sophisticated read- think along the lines of writers such as A.S. King, Laurie Halse Anderson, Susan Juby or Rainbow Rowell- might especially appreciate the beauty of Flannery.

I received a copy of this book courtesy of Groundwood Books/House of Anansi Press in exchange for an honest review. All opinions and comments are my own.