Sometimes, one can feel a little bit like poor Charlie Brown up there getting duped yet again by Lucy and the football! I’m not getting all maudlin or dramatic, I promise, it’s just been yet another bit of a bumpy stretch with health issues and a genuine lack of time for reading or reviewing! Some really awesome bookish bits in the midst of everything, though: new books I’ve bought include Adam Silvera’s History Is All You Left Me and Lisa Lutz’s The Passenger; I received lovely books from Penguin Canada including Lauren Graham’s Someday, Someday, Maybe, Kyo Maclear’s Birds Art Life; and I also received some stunning picture book goodies from Raincoast Books including Tony by Ed Galing and Erin E. Stead (a favourite illustrator).  Mr. Fab and I also finished (the original) Broadchurch series, season 2. Holy smokes, terrifically acted and put together- and intense. I would argue that it was even sharper, even better than the already stellar season one. We’re back to making our way through Psych now as I needed something a bit lighter to watch!

Next week, I am participating in the Raincoast Books organized tour for award-winning author, educator and poet Kwame Alexander‘s latest book The Playbook! Thrilled to be part of the tour as I am a BIG fan of Kwame Alexander’s work! Take a look below to check out the lineup of bloggers; the tour stops here on January 26th. Look forward to that coming up as well as a few new reviews I’ve got cooking! 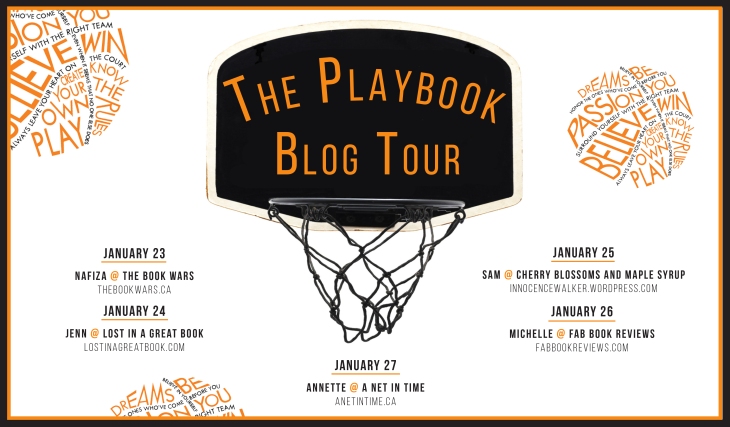