This week: all young adult! There are new YA titles coming out from always-read Canadian authors (and personal favourites) Susan Juby and Alice Kuipers; Canadian author Vicki Grant has a fantastic-sounding contemporary YA called Short for Chameleon that has been recently released; Mackenzi Lee’s The Gentleman’s Guide to Vice and Virtue– which is getting rave reviews- is coming out in June; and last, but not least, two new-to-me authors, Mary O’Connell and Karen McManus, have very intriguingly described titles coming out soon. Let’s take a closer look!

Short for Chameleon by Vicki Grant
Publication: March 7, 2017 by HarperTrophy

Embarrassed by your brother? Estranged from your uncle? Then you might need some help from Almost Family Surrogate Agency. Cam Redden and his dad are rent-a-relatives, available for hire to anyone looking to upgrade.

Cam’s job is all about being whoever other people want him to be. Then two new clients come along. Albertina is an old lady with a big mouth, a bigger wig and a serious mission. Raylene is a beautiful girl with a nose ring, a wonky eye and a painful secret. Now to get to the bottom of the tragic mysteries that fuel them both, Cam may finally have to be himself. 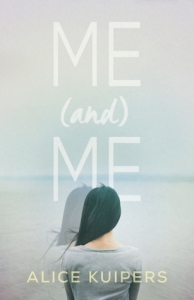 Me and Me by Alice Kuipers
Expected publication: April 11, 2017 by HarperTrophy

It’s Lark’s seventeenth birthday, and although she’s hated to be reminded of the day ever since her mom’s death three years ago, it’s off to a great start. Lark has written a killer song to perform with her band, the weather is stunning and she’s got a date with gorgeous Alec. The two take a canoe out on the lake, and everything is perfect—until Lark hears the screams. Annabelle, a little girl she used to babysit, is drowning in the nearby reeds while Annabelle’s mom tries desperately to reach her. Lark and Alec are closer, and they both dive in. But Alec hits his head on a rock in the water and begins to flail.

Alec and Annabelle are drowning. And Lark can save only one of them.

Lark chooses, and in that moment her world splits into two distinct lives. She must live with the consequences of both choices. As Lark finds herself going down more than one path, she has to decide: Which life is the right one? 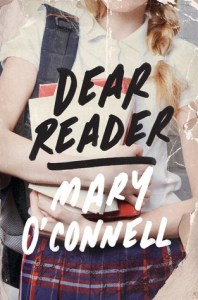 For seventeen-year-old Flannery Fields, the only respite from the plaid-skirted mean girls at Sacred Heart High School at is her beloved teacher Miss Sweeney’s AP English class. But when Miss Sweeney doesn’t show up to teach Flannery’s favorite book, Wuthering Heights, leaving behind her purse, Flannery knows something is wrong.The police are called, and Flannery gives them everything—except Miss Sweeney’s copy of Wuthering Heights. This she holds onto. And good thing she does, because when she opens it, it has somehow transformed into Miss Sweeney’s real-time diary. It seems Miss Sweeney is in New York City—and she’s in trouble.

So Flannery does something very unFlannery-like: she skips school and sets out for Manhattan, with the book as her guide. But as soon as she arrives, she meets a boy named Heath. Heath is British, on a gap year, incredibly smart—yet he’s never heard of Albert Einstein or Anne Frank. In fact, Flannery can’t help thinking that he seems to have stepped from the pages of Brontë’s novel. Could it be?

With inimitable wit and heart, Mary O’Connell has crafted a love letter to reading, to the books that make us who we are. Dear Reader, charming and heartbreaking, is a novel about finding your people, on the page in the world. 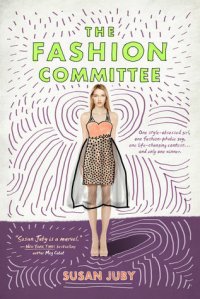 The Fashion Committee by Susan Juby
Expected publication: May 23, 2017 by Viking Books for Young Readers

Charlie Dean is a style-obsessed girl who eats, sleeps, and breathes fashion. John Thomas-Smith is a boy who forges metal sculptures in his garage and couldn’t care less about clothes. Both are gunning for a scholarship to the private art high school that could make all their dreams come true. Whoever wins the fashion competition will win the scholarship–and only one can win.

Told in the alternating voices of Charlie’s and John’s journals, this hilarious and poignant YA novel perfectly captures what it’s like to have an artistic drive so fierce that nothing–not your dad’s girlfriend’s drug-addicted ex-boyfriend, a soul-crushing job at Salad Stop, or being charged with a teensy bit of kidnapping–can stand in your way.

With black and white art custom-created by fashion and beauty illustrator Soleil Ignacio, the book is a collector’s item, perfect for anyone with a passion for fashion.

One of Us Is Lying by Karen McManus
Expected publication: May 30, 2017 by Delacorte Press

The Breakfast Club meets Pretty Little Liars, One of Us Is Lying is the story of what happens when five strangers walk into detention and only four walk out alive. Everyone is a suspect, and everyone has something to hide.
Pay close attention and you might solve this.
On Monday afternoon, five students at Bayview High walk into detention.
Bronwyn, the brain, is Yale-bound and never breaks a rule.
Addy, the beauty, is the picture-perfect homecoming princess.
Nate, the criminal, is already on probation for dealing.
Cooper, the athlete, is the all-star baseball pitcher.
And Simon, the outcast, is the creator of Bayview High’s notorious gossip app.
Only, Simon never makes it out of that classroom. Before the end of detention Simon’s dead. And according to investigators, his death wasn’t an accident. On Monday, he died. But on Tuesday, he’d planned to post juicy reveals about all four of his high-profile classmates, which makes all four of them suspects in his murder. Or are they the perfect patsies for a killer who’s still on the loose? Everyone has secrets, right? What really matters is how far you would go to protect them.

An unforgettable tale of two friends on their Grand Tour of 18th-century Europe who stumble upon a magical artifact that leads them from Paris to Venice in a dangerous manhunt, fighting pirates, highwaymen, and their feelings for each other along the way.

Henry “Monty” Montague was born and bred to be a gentleman, but he was never one to be tamed. The finest boarding schools in England and the constant disapproval of his father haven’t been able to curb any of his roguish passions—not for gambling halls, late nights spent with a bottle of spirits, or waking up in the arms of women or men. But as Monty embarks on his grand tour of Europe, his quest for a life filled with pleasure and vice is in danger of coming to an end. Not only does his father expect him to take over the family’s estate upon his return, but Monty is also nursing an impossible crush on his best friend and traveling companion, Percy. Still it isn’t in Monty’s nature to give up. Even with his younger sister, Felicity, in tow, he vows to make this yearlong escapade one last hedonistic hurrah and flirt with Percy from Paris to Rome. But when one of Monty’s reckless decisions turns their trip abroad into a harrowing manhunt that spans across Europe, it calls into question everything he knows, including his relationship with the boy he adores.

Witty, romantic, and intriguing at every turn, The Gentleman’s Guide to Vice and Virtue is a sumptuous romp that explores the undeniably fine lines between friendship and love.