This week: mysteries! I’ve been on a mini reading spell of mystery novels lately. First there were two Crooked Lane Books titles I zoomed through (Stalking Ground and Time of Death), then I read Megan Abbott’s You Will Know Me , and lastly, I dove into Mindy Mejia’s Everything You Want Me to Be after a friend of my sang its praises. All were well-reviewed novels that I thought were solidly done; I enjoyed them tremendously and so of course my reading radar went on to pick out more great-sounding adult fiction/mystery/suspense titles and I’ve added them to my TBR! The following titles are ones I’ve come across through Kirkus Reviews, Publisher’s Weekly, or browsing through Goodreads. All sound fantastic!

Ava Antipova has her reasons for running away: a failing family vineyard, a romantic betrayal, a mercurial sister, an absent father, a mother slipping into dementia. In Paris, Ava acquires a French boyfriend and a taste for much better wine, and erases her past. But two years later, she must return to upstate New York. Her twin sister, Zelda, is dead.

Even in a family of alcoholics, Zelda Antipova was the wild one, notorious for her mind games and destructive behavior. Stuck tending the vineyard and the girls’ increasingly unstable mother, Zelda is allegedly burned alive when she passes out in the barn with a cigarette. But Ava finds the official explanation a little too neat. A little too Zelda. Then she receives a cryptic message—from her sister. Just as Ava suspected, Zelda’s playing one of her games. In fact, she’s outdone herself, leaving a series of clues to her disappearance. Ava follows the trail laid just for her, thinking like her sister, keeping her secrets, immersing herself in Zelda’s drama. Along the way, Zelda forces Ava to confront their twisted history and the boy who broke her heart. But why? Is Zelda trying to punish Ava for leaving? To teach her a lesson? Or is she simply trying to write her own ending?

Caite Dolan-Leach’s debut suspense takes readers on a literary scavenger hunt for clues concealed throughout the seemingly idyllic wine country, hidden in plain sight on social media, and buried at the heart of one tremendously dysfunctional, utterly unforgettable family. 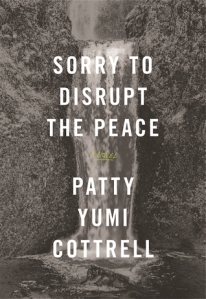 Helen Moran is thirty-two years old, single, childless, college-educated, and partially employed as a guardian of troubled young people in New York. She’s accepting a delivery from IKEA in her shared studio apartment when her uncle calls to break the news: Helen’s adoptive brother is dead.

According to the internet, there are six possible reasons why her brother might have killed himself. But Helen knows better: she knows that six reasons is only shorthand for the abyss. Helen also knows that she alone is qualified to launch a serious investigation into his death, so she purchases a one-way ticket to Milwaukee. There, as she searches her childhood home and attempts to uncover why someone would choose to die, she will face her estranged family, her brother’s few friends, and the overzealous grief counselor, Chad Lambo; she may also discover what it truly means to be alive.

When brilliant TV news producer Virginia Knightly receives a disturbing “MISSING” notice on her desk related to the disappearance of a beautiful young attorney, she can’t seem to shake the image from her head. Despite skepticism from her colleagues, Knightly suspects this ambitious young lawyer may be at the heart of something far more sinister, especially since she was last seen leaving an upscale restaurant after a domestic dispute. Yet, as the only woman of power at her station, Knightly quickly finds herself investigating on her own.

Risking her career, her life, and perhaps even her own sanity, Knightly dives deep into the dark underbelly of Washington, DC business and politics in an investigation that will drag her mercilessly through the inextricable webs of corruption that bind the press, the police, and politics in our nation’s capital.

Harkening to dark thrillers such as Gone Girl, Luckiest Girl Alive, and Big Little Lies, The Cutaway is a striking debut that will haunt you long after you reach the last page. 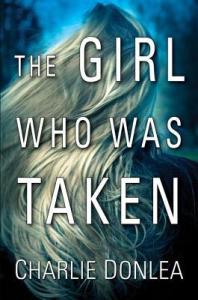 Nicole Cutty and Megan McDonald are both high school seniors in the small town of Emerson Bay, North Carolina. When they disappear from a beach party one warm summer night, police launch a massive search. No clues are found, and hope is almost lost until Megan miraculously surfaces after escaping from a bunker deep in the woods.

A year later, the bestselling account of her ordeal has turned Megan from local hero to national celebrity. It s a triumphant, inspiring story, except for one inconvenient detail: Nicole is still missing. Nicole’s older sister Livia, a fellow in forensic pathology, expects that one day soon Nicole’s body will be found, and it will be up to someone like Livia to analyze the evidence and finally determine her sister’s fate. Instead, the first clue to Nicole s disappearance comes from another body that shows up in Livia’s morgue that of a young man connected to Nicole’s past. Livia reaches out to Megan for help, hoping to learn more about the night the two were taken. Other girls have gone missing too, and Livia is increasingly certain the cases are connected.

But Megan knows more than she revealed in her blockbuster book. Flashes of memory are coming together, pointing to something darker and more monstrous than her chilling memoir describes. And the deeper she and Livia dig, the more they realize that sometimes true terror lies in finding exactly what you’ve been looking for. 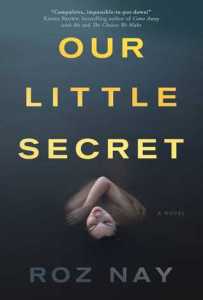 The detective wants to know what happened to Saskia, as if I could just skip to the ending and all would be well. But stories begin at the beginning and some secrets have to be earned.

Angela is being held in a police interrogation room. Her ex’s wife has gone missing and Detective Novak is sure Angela knows something, despite her claim that she’s not involved.

At Novak’s prodding, Angela tells a story going back ten years, explaining how she met and fell in love with her high school friend HP. But as her past unfolds, she reveals a disconcerting love triangle and a dark, tangled web of betrayals. Is Angela a scorned ex-lover with criminal intent? Or a pawn in someone else’s revenge scheme? Who is she protecting? And why?

Twisty and suspenseful, Our Little Secret is an intense cat-and-mouse game and a riveting thriller about the lies we tell others—and ourselves.