This week: five titles on the docket and they are all mysteries and thrillers! Titles include: the soon-to-be-released latest thriller from bestselling author Ruth Ware; a very intriguing sounding mystery from Maile Meloy, author of the middle grade The Apothecary series; and the wonderfully suspenseful-sounding Fierce Kingdom from Gin Philips, which immediately grabbed my attention. There is also Persons Unknown, the new DS Manon mystery novel from Susie Steiner; I really enjoyed the cerebral Missing, Presumed, the debut in this series and am looking forward to more! Last but not least, author Julia Thomas’s sophomore mystery novel, Penhale Wood, drop in July. Thomas’s debut, The English Boys, is a clever slow-burn of a mystery, and thoroughly enjoyable, so I am excited to read more from the author.

When Liv and Nora decide to take their families on a holiday cruise, everyone is thrilled. The ship’s comforts and possibilities seem infinite. The children, two eleven-year-olds, an eight-year-old, and a six-year-old, love the nonstop buffet and the independence they have at the Kids’ Club. But when they all go ashore in beautiful Central America, a series of minor misfortunes leads the families farther and farther from the ship’s safety. One minute the children are there, and the next they’re gone.

What follows is a riveting, revealing story told from the perspectives of the adults and the children, as the once-happy parents now turning on one another and blaming themselves try to recover their children and their lives.

After school on a late October day, Joan has taken her four-year-old son, Lincoln, to one of his favourite places on earth: the zoo. Just before closing time, as they need to go home, she hears some loud pops like firecrackers. Not thinking much of it, they head for the exit…until Joan realizes the eerie human emptiness means danger, then sees the figure of a lone gunman. Without another thought, she scoops up her son and runs back into the zoo. And for the next three hours–the entire scope of the novel–she does anything she can to keep Lincoln safe.
Both pulse-pounding and emotionally satisfying, Fierce Kingdom is a thrill ride, but also an exploration of the very nature of motherhood itself, from its saving graces to its savage power. At heart it asks how you draw the line between survival and the duty to protect one another? Who would you die for? 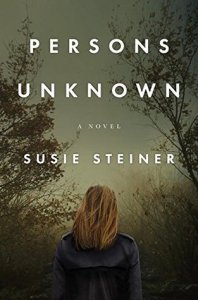 Detective Manon Bradshaw is five months pregnant and has officially given up on finding romantic love. Instead, she is in hot-pursuit of work-life balance and parked in a cold case corridor—the price she’s had to pay for a transfer back to Cambridgeshire. This is fine, she tells herself. She can devote herself to bringing up her two children—the new baby, and her adopted 12-year-old son Fly Dent. He needed a fresh start—he was being forever stopped and searched in London by officers who couldn’t see past the color of his skin. Manon feared Fly, increasingly sullen and adolescent, was getting in with the wrong crowd at school, or possibly that he was the wrong crowd. Being there for the children, and home by five, is what Manon tells herself she needs.

Yet when a wealthy victim is found stabbed close to police HQ, she can’t help but sidle in on the briefing: he is a banker from London, worth millions. More dramatically, he was also Manon’s sister Ellie’s ex, and the father of her toddler son. The investigation swirls with greater and greater urgency, and as it begins to circle in on Manon’s home and her family, she finds herself pitted against the former colleagues she once held dear—Davy Walker and Harriet Harper. 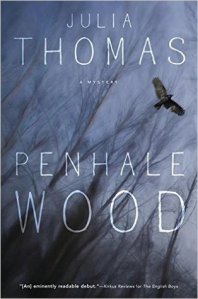 On a cold December night in Cornwall, nanny Karen Peterson disappears with three-year-old Sophie Flynn. The next day, the child’s body is found on the banks of Penhale Wood.

A year later, Sophie’s mother, Iris Flynn, appears on the doorstep of investigating officer Rob McIntyre, determined to make him reopen the case. McIntyre has his own personal demons, but Iris hijacks his life in order to find the person responsible for her daughter’s death. Following the slimmest of leads, they are soon confronting ghosts from the past and a chameleon-like killer who will do anything to stay hidden.

On a cool June morning, Isa Wilde, a resident of the seemingly idyllic coastal village of Salten, is walking her dog along a tidal estuary. Before she can stop him, Isa s dog charges into the water to retrieve what first appears to be a wayward stick and to her horror, she discovers it s not a stick at all but a human bone. As her three best friends from childhood converge in Salten to comfort a seriously shaken-up Isa, terrifying discoveries are made, and their collective history slowly unravels. Tackling the slipperiness of your memories, the relativity of truth, and the danger of obsessive friendships, The Lying Game is a page-turning mystery with compelling characters and electric prose, resulting in an unputdownable thriller.