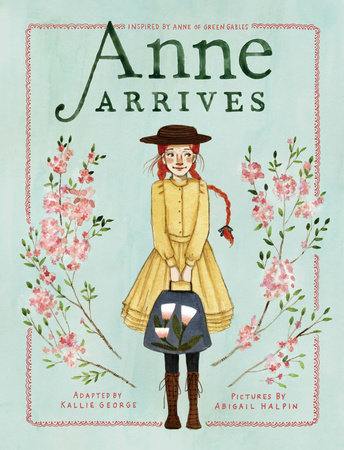 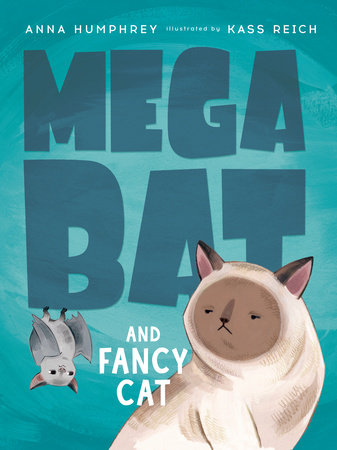 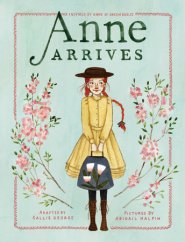 First up is Anne Arrives, the gorgeous debut in the Anne Chapter Book series, inspired by Anne of Green Gables, and adapted by Canadian author Kallie George, with pictures by artist Abigail Helpin. You may recognize Kallie George as the author behind popular children’s series like Heartwood Hotel or The Magical Animal Adoption Agency, as well as being more recently featured here for Goodnight, Anne, a gloriously beautiful picture book (illustrated by Geneviève Godbout), also inspired by Anne of Green Gables! In this chapter book for early readers, readers are introduced to Marilla and Matthew Cuthbert, nosy neighbor Rachel Lynde, the world of Green Gables, and of course, how the passionate and determined red-haired orphan Anne Shirley charges into the lives and hearts of the Cuthberts (and Mrs. Lynde). Anne Arrives positively brims with deep charm, and a clear love of Lucy Maud Montgomery’s world and characters. Kallie George creates a lovingly fresh and exciting voice to a much-loved and studied classic, giving readers just getting into chapter books a chance to discover and explore Anne Shirley. Artist Abigail Halpin (a wonderful illustrator who previously worked with Kallie George on The Melancholic Mermaid!) does such a marvelous job with the illustrations here; the pictures- with a great number featuring iconic, ardent Anne and her windswept, vivid hair- are tremendously appealing. Sunny and modern, with a fresh edge, yet still so very thoughtful and wistful. Anne Arrives, from George’s luminous storytelling to Halpin’s perfect accompanying illustrations, is simply terrific, and I look forward to reading and exploring the soon-to-be-released Anne’s Kindred Spirits, the second book in the Anne Chapter Book series. 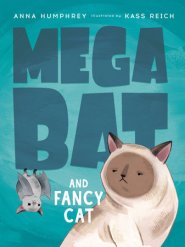 Up next is Megabat and Fancy Cat, the second entry in the funny, sometimes offbeat and sweet Megabat series, written by the Canadian duo of author Anna Humphrey, and illustrator by Kass Reich. In book one, readers get to meet young protagonist Daniel, his parents, and how Daniel is adjusting to a new house in a new city. While Daniel is trying to make his way through feeling a bit sad and out of sorts, he discovers a tiny fruit bat (also sad and far away from home!) living in his house. Megabat and Daniel quickly commiserate over their sadness and become friends, bonding over Star Wars and delicious snacks (like smooshfruit). When Megabat and Fancy Cat begins, Daniel, his parents (and Megabat, still in careful hiding from grownups) are celebrating Christmas when Daniel is surprised by the present of a gorgeous, fluffy purebred cat named Priscilla! Megabat is immediately taken aback and distrustful of cat, trying to get Priscilla into trouble and out of his and Daniel’s life: if Daniel grows to love Priscilla, how will he possibly have enough room in his heart to also love Megabat? Megabat and Fancy Cat is a solid sophomore entry, and I would suggest interested readers begin with the first book for a chance to experience Daniel and Megabat’s first steps into friendship. This is sweetly funny story, carrying over characters like Megabat’s love Birdgirl (the cleverest pigeon), Daniel’s neighbor and friend Talia, as well as standout story features such as Megabat’s wonderfully peculiar way of speaking! No big spoilers here, but Priscilla ends up being a very cool, unexpected friend, and she will likely be a great and savvy companion in Megabat, Daniel, and Birdgirl’s future adventures.

I received copies of these titles courtesy of Tundra Books/Penguin Random House Canada in exchange for honest reviews. All opinions and comments are my own. Titles have been published and are currently available.