Welcome to the tenth edition of Must Read Monday! On Mondays I will spotlight current and/or upcoming releases I am looking forward to. The lists will include all genres I like to read, everything from picture books to comics, children’s lit to adult fiction!

This week I am featuring two children’s fiction titles. Absolutely Truly has come highly recommended from a trusted bookseller and sounds like a lovely and warm contemporary middle-grade novel. Absolutely Truly was released in late 2014 so it’s not the most recent, but it sounds so good (and I can’t believe this one has escaped my attention for so long!). The second title, Lost in the Sun, has been receiving positive reviews all over the place- including one in The New York Times and a starred review from Kirkus. 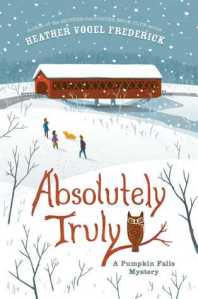 Now that Truly Lovejoy’s father has been injured by an IED in Afghanistan and is having trouble finding work back home, the family moves from Texas to tiny Pumpkin Falls, New Hampshire, to take over Lovejoy’s Books, a struggling bookstore that’s been in the family for one hundred years.

With two older brothers and two younger sisters clamoring for attention, her mother back in school, and everyone up to their eyebrows trying to keep Lovejoy’s Books afloat, Truly feels more overlooked than usual. So she pours herself into uncovering the mystery of an undelivered letter she finds stuck in a valuable autographed first edition of Charlotte’s Web, which subsequently goes missing from the bookshop. What’s inside the envelope leads Truly and her new Pumpkin Falls friends on a madcap treasure hunt around town, chasing clues that could spell danger. 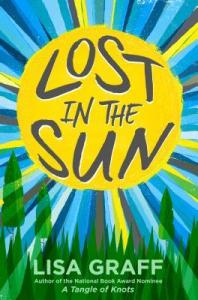 Lost in the Sun by Lisa Graff
Published: May 26, 2015 by Philomel Books

Everyone says that middle school is awful, but Trent knows nothing could be worse than the year he had in fifth grade, when a freak accident on Cedar Lake left one kid dead, and Trent with a brain full of terrible thoughts he can’t get rid of. Trent’s pretty positive the entire disaster was his fault, so for him middle school feels like a fresh start, a chance to prove to everyone that he’s not the horrible screw-up they seem to think he is. If only Trent could make that fresh start happen.

It isn’t until Trent gets caught up in the whirlwind that is Fallon Little—the girl with the mysterious scar across her face—that things begin to change. Because fresh starts aren’t always easy. Even in baseball, when a fly ball gets lost in the sun, you have to remember to shift your position to find it.

If you’d like to join Must Read Monday, please do! Link up or leave a comment about what you’re looking forward to reading- I love to hear what other readers have on their radar!