My site runneth over with another incredible giveaway! I am thrilled to be hosting a very special back to school giveaway featuring three new and soon-to-be released children’s fiction titles courtesy of Simon & Schuster Canada.

Open to Canadian residents, one lucky person will have the chance to win an amazing prize bundle with ALL THREE of the wonderful middle grade books below! Read on for more information about the books and how to enter! 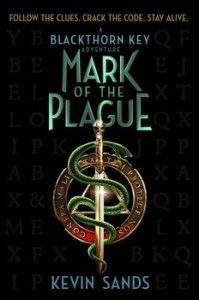 Mark of the Plague (The Blackthorn Key #2) by Kevin Sands
Christopher Rowe is back and there are more puzzles, riddles, and secrets to uncover in this follow-up to the Indie Next pick The Blackthorn Key, which was called a “spectacular debut” by Kirkus Reviews in a starred review.

The Black Death has returned to London, spreading disease and fear through town. A mysterious prophet predicts the city’s ultimate doom—until an unknown apothecary arrives with a cure that actually works. Christopher’s Blackthorn shop is chosen to prepare the remedy. But when an assassin threatens the apothecary’s life, Christopher and his faithful friend Tom are back to hunting down the truth, risking their lives to untangle the heart of a dark conspiracy.

And as the sickness strikes close to home, the stakes are higher than ever before… 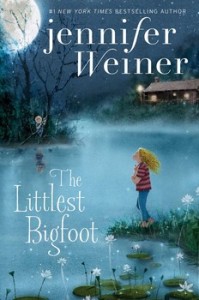 The Littlest Bigfoot by Jennifer Weiner
From New York Times bestselling author Jennifer Weiner comes a laugh-out-loud funny and painstakingly real tale of friendship, furry creatures, and finding the place where you belong.

Alice Mayfair, twelve years old, slips through the world unseen and unnoticed. Ignored by her family and shipped off to her eighth boarding school, Alice would like a friend. And when she rescues Millie Maximus from drowning in a lake one day, she finds one.

But Millie is a Bigfoot, part of a clan who dwells deep in the woods. Most Bigfoots believe that people—NoFurs, as they call them—are dangerous, yet Millie is fascinated with the No-Fur world. She is convinced that humans will appreciate all the things about her that her Bigfoot tribe does not: her fearless nature, her lovely singing voice, and her desire to be a star.

Alice swears to protect Millie’s secret. But a league of Bigfoot hunters is on their trail, led by a lonely kid named Jeremy. And in order to survive, Alice and Millie have to put their trust in each other—and have faith in themselves—above all else. 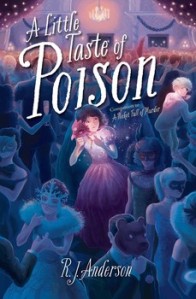 A Little Taste of Poison (Uncommon Magic #2) by R.J. Anderson
Twelve-year-old Isaveth tries to take down the man who framed her father for murder in this lively follow-up to A Pocket Full of Murder, which Kirkus Reviews called “thoroughly entertaining.”

The city of Tarreton is powered by magic, from simple tablets that light lamps to advanced Sagery that can murder a man from afar. Isaveth has a talent for spell-making, but as a girl from a poor neighborhood she never dreamed she could study at the most exclusive magical school in the city. So when she’s offered a chance to attend, she eagerly accepts.

The school is wonderful, but old and new enemies confront Isaveth at every turn, and she begins to suspect her scholarship might be more a trap than a gift. Even her secret meetings with Esmond, her best friend and partner in crime-solving, prove risky—especially once he hatches a plan to sneak her into the biggest society event of the season. It’s their last chance to catch the corrupt politician who once framed her father for murder. How can Isaveth refuse?

One (1) winner will receive a three book prize bundle which will include one (1) copy of each of the following:

The giveaway is now closed.

Congratulations to….Lisa B.! You have two days to email (or DM via Twitter!) with a confirmation of Canadian mailing address.

Thank you to everyone who participated in the giveaway!

The giveaway is open to Canadian residents and will run from September 19th to September 26th, 2016. The winning entry will be randomly selected via Rafflecopter. All entries will be verified. Winner has by end of day September 28th, 2016 to respond to me via email at fabbookreviews[at]gmail[dot]com with their mailing address, or a new entry will be drawn. Enter by clicking on the following link to Rafflecopter and follow the instructions to enter!