This week: more children’s fiction! It’s been a few weeks since the last Must Read Monday post, and while I haven’t been able to get in much reading, my to-read pile has SOMEHOW grown…! In any event, here are some titles I have my eye on for August and September release: the third installment of the totally charming From the Notebooks of a Middle School Princess from Meg Cabot; the newest graphic novel from Roller Girl author-artist Victoria Jamieson; the latest contemporary title from wonderful middle-grade author Beth Vrabel; Ben Hatke’s newest graphic novel in the Mighty Jack series; and last, but not least, the second novel in Casey Lyall’s utterly terrific Howard Wallace, P.I. mystery series. 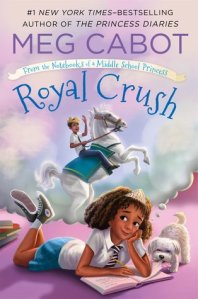 Being the newest princess of Genovia is WAY more complicated than she expected, but Olivia Grace Clarisse Mignonette Harrison is getting used to it. She gets to live in an actual palace with two fabulous poodles, a pet iguana, her very own pony, and, best of all, a loving family to help her figure things out!

And right now Olivia, having finally admitted that she likes Prince Khalil as more than just a friend, could REALLY use some advice. What is a princess supposed to do once she’s found a prince she likes? With her half-sister Mia busy enjoying her honeymoon, Olivia turns to Grandmere for help.

Like a bolt from the blue, Jack’s little sister Maddy is gone―carried into another realm by an ogre.

When Jack and Lilly follow Maddy’s captor through the portal, they are ready for anything . . . except what they find waiting for them in the floating crossroads between worlds. Even the power of their magic plants may not be enough to get them back to earth alive.

Alone and injured, Jack and Lilly must each face their own monsters―as well as giants who grind the bones of human children to feed their “beast” and a fearsome goblin king in the sewers down below.But when Jack finds himself in a tough spot, help comes from the most unlikely person: the goblin king! 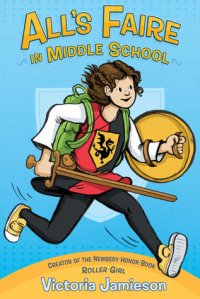 Eleven-year-old Imogene (Impy) has grown up with two parents working at the Renaissance Faire, and she’s eager to begin her own training as a squire. First, though, she’ll need to prove her bravery. Luckily Impy has just the quest in mind–she’ll go to public school after a life of being homeschooled! But it’s not easy to act like a noble knight-in-training in middle school. Impy falls in with a group of girls who seem really nice (until they don’t) and starts to be embarrassed of her thrift shop apparel, her family’s unusual lifestyle, and their small, messy apartment. Impy has always thought of herself as a heroic knight, but when she does something really mean in order to fit in, she begins to wonder whether she might be more of a dragon after all.

Middle-school detectives Howard Wallace and Ivy Mason are itching for a juicy case. But when their friend and cohort Marvin hires them to prove his nephew— über-bully Carl Dean—didn’t pugnap the school mascot, they’re less than thrilled. To succeed, not only must Howard and Ivy play nice with Carl, they’ll have to dodge a scrappy, snoopy reporter and come face-to-face with Howard’s worst enemy, his ex-best friend Miles Fletcher. Can Howard deal with all these complications and still be there for Ivy when her life is turned upside down? Or will he once again find himself a friendless P.I.? 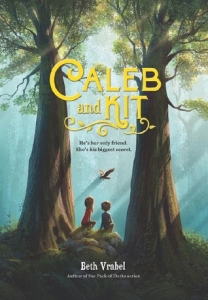 Twelve-year-old Caleb is shorter, frailer, and more protected than most kids his age. That’s because he has cystic fibrosis, a diagnosis meaning lungs that fill with mucus and a shortened lifespan. Caleb tries not to let his disorder define him, but it can be hard with an overprotective, prying mom and a big brother who is perfect in every way.

Then Caleb meets Kit-a vibrant, independent, and free girl who lives in a house in the woods-and his world changes instantly. Kit reads Caleb’s palm and tells him they are destined to become friends. She calls birds down from the sky, turns every day into an adventure, and never sees him as his disorder. Her magic is contagious, making Caleb question the rules and order in his life. But being Kit’s friend means embracing deception and, more and more, danger. Soon Caleb will have to decide if his friendship with Kit is really what’s best for him-or Kit.