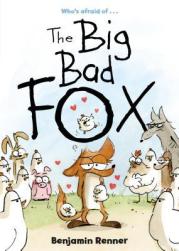 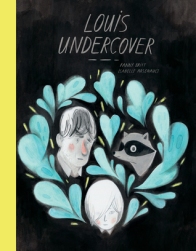 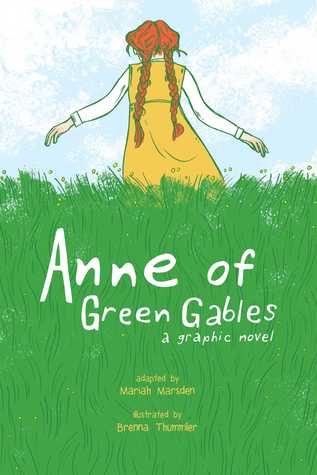 This week’s focus is all on children’s graphic novels! A few on this list are continuations of favourite series, including: the latest entry in the wonderful Heavenly Nostrils series by Dana Simpson (already read but had to include it here!); the third title in the terrifically fun CatStronauts by Drew Brockington; and the fifth graphic novel adaption of The Baby-Sitter’s Club by Gale Galligan and Braden Lamb. There is also the very-well reviewed The Big Bad Fox by Benjamin Renner, which looks delightful; the Anne of Green Gables graphic novel adaption which looks gorgeous and I am extremely curious about; and last but not least, Louis Undercover, the latest from the award-winning, critically acclaimed Canadian author and illustrator team of Fanny Britt and Isabelle Arsenault. 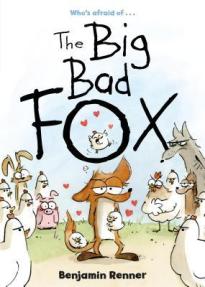 Who’s afraid of the Big Bad Fox? No one, it seems.

The fox dreams of being the terror of the barnyard. But no one is intimidated by him, least of all the hens. When he picks a fight with one, he always ends up on the losing end. Even the wolf, the most fearsome beast of the forest, can’t teach him how to be a proper predator. It looks like the fox will have to spend the rest of his life eating turnips.

But then the wolf comes up with the perfect scheme. If the fox steals some eggs, he could hatch the chicks himself and raise them to be a plump, juicy chicken dinner. Unfortunately, this plan falls apart when three adorable chicks hatch and call the fox Mommy.

Dawn Schafer is the newest member of The Baby-sitters Club. While she’s still adjusting to life in Stoneybrook after moving from sunny California, she’s eager to accept her first big job. But taking care of the three Barrett kids would be too much for any baby-sitter. The house is always a mess, the kids are out of control, and Mrs. Barrett never does any of the things she promises. On top of all that, Dawn wants to fit in with the other members of the BSC, but she can’t figure out how to get along with Kristy. Was joining The Baby-sitters Club a mistake?

Louis’s dad cries — Louis knows this because he spies on him. His dad misses the happy times when their family was together, just as Louis does. But as it is, he and his little brother, Truffle, have to travel back and forth between their dad’s country house and their mom’s city apartment, where she tries to hide her own tears. Thankfully, Louis has Truffle for company. Truffle loves James Brown lyrics, and when he isn’t singing, he’s asking endless questions. Louis also has his friend Boris, with whom he spots ghost cop cars and spies on the “silent queen,” the love of his life, Billie.

When Louis and Truffle go to their dad’s for two weeks during the summer, their father seems to have stopped drinking. And when Truffle has a close call from a bee sting, their mother turns up and the reunited foursome spend several wonderful days in New York — until they reach the end of the road, again.

The first Phoebe and Her Unicorn graphic novel!

Phoebe and Marigold decide to investigate a powerful storm that is wreaking havoc with the electricity in their town. The adults think it’s just winter weather, but Phoebe and Marigold soon discover that all is not what it seems to be, and that the storm may have a magical cause. To solve the case, they team up with Max, who is desperate for the electricity to return so he can play video games, and frenemy Dakota, who is aided by her goblin minions. Together, they must get to the bottom of the mystery and save the town from the magic storm.

The magic of L.M. Montgomery’s treasured classic is reimagined in a whimsically-illustrated graphic novel adaptation perfect for newcomers and kindred spirits alike. When Matthew and Marilla Cuthbert decide to adopt an orphan who can help manage their family farm, they have no idea what delightful trouble awaits them. With flame-red hair and an unstoppable imagination, 11-year-old Anne Shirley takes Green Gables by storm. Anne’s misadventures bring a little romance to the lives of everyone she meets: her bosom friend, Diana Barry; the town gossip, Mrs. Lynde; and that infuriating tease, Gilbert Blythe. From triumphs and thrills to the depths of despair, Anne turns each everyday moment into something extraordinary.

When chief science officer Pom Pom rejoins the CatStronauts on the International Space Station, she has to get to work right away–the Hubba Bubba Telescope isn’t working, and CATSUP is losing funding by the day!

But as the CatStronauts and Mission Control race to find answers, the unthinkable happens and pilot Waffles is forced to orbit the Earth in nothing but his space suit. Even though he’s no scaredy cat, Waffles has a hard time staying out in space. When disaster on a global scale rears its head, will a fractured CatStronauts team be enough to save the day?